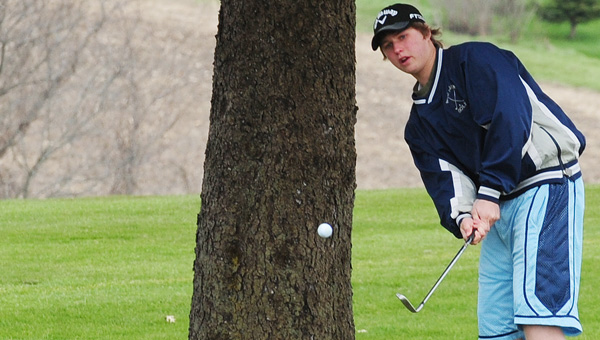 Glenville-Emmons junior Cody Gaines watches his approach shot land on the green Monday at Northwood Country Club in Northwood, Iowa. Gaines shot 45 and was a co-medalist along with G-E’s Blake Lundmark. -- Andrew Dyrdal 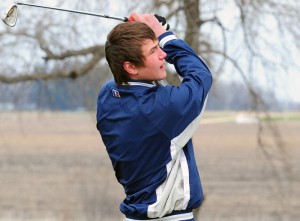 Seventh-grader Tyler Sloan paced GM/L-O with a 48 and Andrew Riedeman followed with a 52.

Andrew Lau and Dylan Paulson rounded out the Wolverines’ scoring with a 53 and 58, respectively.