I like a good conspiracy or conspiracy theory as much as the next person. After all, I am an Army veteran, and when I was in the Persian Gulf, all of us soldiers would kick around conspiracy theories, from the gas-inducing bromide pills the Army gave us over there to the desert exercises we took part in prior to Saddam Hussein ever invading Kuwait.

It was somewhat entertaining this weekend to watch a few documentaries about the conspiracy claims surrounding the 9/11 attacks.

And, as always, it is good to know people and filmmakers are asking questions. This is free speech, right?

But as convincing as documentaries might seem, they are building a case, and in watching, it is good to be skeptical. They do leave out some pretty important stuff.

For instance, one conspiracy theory centers around American Airlines Flight 77 hitting the Pentagon. How could a twin-engine Boeing 757 slam into the Pentagon and leave hardly any debris in the lawn in front of the building and such small holes to the structure? And remember how the roof didn’t collapse until 20 minutes after impact? How could the tall tailfin on the plane not cause damage upon impact to the roof? And why were none of the video cameras able to capture footage of a plane?

These folks argue that perhaps a missile hit the Pentagon on Sept. 11, 2001.

But the documentaries conveniently fail to take into account all of the eyewitnesses of a jet airliner flying low enough to knock down light poles and then striking the Pentagon. There are many videos of TV reporters speaking with witnesses that day and several newspaper interviews with witnesses. Some of the witnesses themselves were journalists. Some noticed the markings of American Airlines and some just saw a plane flying low.

It must have been a plane, not a missile, as it would be hard to fool that many witnesses.

Plus, that area of the Pentagon had been reinforced recently as part of renovations. A plane hitting a structure that strong doesn’t make a cartoon cutout of itself. And while most of the plane ended up inside the Pentagon, there were some parts on the lawn.

Another is that the Twin Towers were pulled. Pulled is a term used by demolition experts for a controlled explosion, and they point to how the buildings fell straight down. Some people who purport this are even physics experts.

But they are contradicted by other physics experts.

Without going into a long explanation — because that’s what it turns into — the simple fact is that fire from jet fuel and other sources (paper, carpet, curtains, etc.) doesn’t need to melt steel; it merely needs to weaken it.

Maybe I am just not one to drink the Kool-Aid. Even if I were to buy into conspiracies, what would it get me? I never truly would know the answers. And I’m no physics expert.

The one thing that seems to be proven over and over is that the federal government indeed had prior information at many levels on the strategy of terrorists intending to fly planes into buildings, though officials immediately afterward repeatedly lied — what else do you call it? — by saying they never had any idea of such a ploy.

If I were a widower of a 9/11 victim, this would be what really grinds me.

Most notably, the Aug. 6 presidential daily briefing spelled out just that.

Only counter-terrorism adviser Richard A. Clarke had the guts to come forth and say, “To the loved ones of the victims of 9/11, to them who are here in this room, to those who are watching on television, your government failed you. Those entrusted with protecting you failed you. And I failed you. We tried hard, but that doesn’t matter because we failed. And for that failure, I would ask, once all the facts are out, for your understanding and for your forgiveness.” 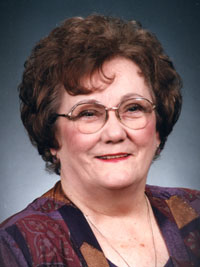 Joyce Rhody’s funeral was this morning. She was 80. She succumbed Friday to cancer after a strong battle, and she will be missed.

Rhody was a member of the Albert Lea Tribune Reader Forum from start to finish. She always brought great feedback and had clippings of ideas from other newspapers. She was not afraid to speak her mind and ask questions. I always have had a fondness for inquiring minds.

She agreed with me that good obituaries include the cause of death, and goodness knows that her obituary on Sunday included it. God bless her.

I was not able to make it to her funeral because I had to take pictures at the departure ceremony for National Guard soldiers at the Albert Lea Armory.

But because she was quite patriotic, having been the former president of the Albert Lea American Legion Auxiliary, she surely would understand.

So long, my friend.