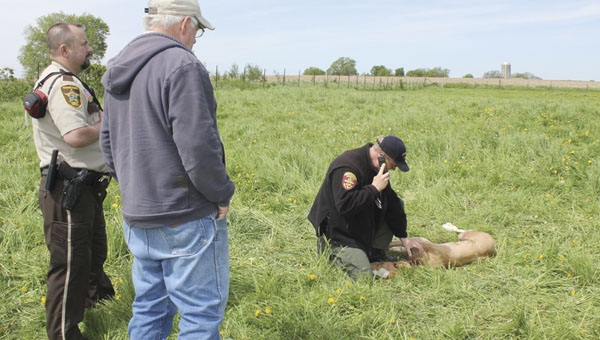 Several miles outside of Austin, another couple suspects a cougar attack happened after they found one of their horses dead.

Robert Bowman and his wife, who breed horses on a rented property just north of Oakland, discovered one of their five, small colts was dead with a large wound in its neck Thursday morning. 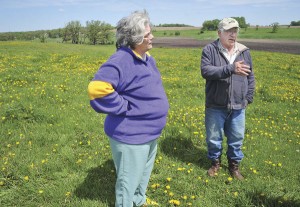 Robert Bowman and his neighbor Barbara Day talk about the possiblity of it being a cougar attack that killed one of Bowman's foals. -- Eric Johnson/Albert Lea Tribune

A deputy from the Freeborn County Sheriff’s Office, along with the area game warden and an official from the state Department of Natural Resources investigated the pasture where the colt was killed. No prints, evidence that the horse was dragged or blood was found. Part of the reason may be because of heavy rain on Wednesday. Game Warden Tom Hutchins confirmed several faded tracks in the area to be horse tracks and others to be from ATV tires.

One aspect that still has some puzzled is why the colt was not eaten or dragged away. Bowman suspects it may have been because he had many other horses and burros in the pasture, and he’s seen the burros chase away dogs before. 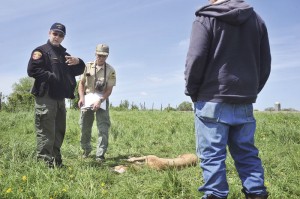 “If the burro would have seen the cat, he might have chased it; that’s my guess,” he said.

Barbara Day, a nearby resident, seemed more concerned than anyone about the situation. She believes the suspected attack was consistent with the last one near Austin.

Day previously owned the horses that were attacked northwest of Austin on April 20.

“Let’s find out what it is,” she said. “If (officials) don’t want it killed, let’s get some professionals out here to track it down and remove it.”

If there is a cougar, Day wants it relocated to a remote area or where cougars are more common.

Bowman is also convinced a cougar killed his colt. He said he saw a cougar in a tree on the same property about two years ago. 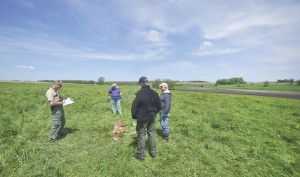 “I’m a hundred percent sure it was there,” he said about the run-in years back.

Yet, if officials confirm a cougar is in the area, they may not remove it anyway. Dan Stark, DNR wolf specialist who also deals with cougars, said the DNR won’t remove a cougar from the area unless it has been a threat to livestock or humans. And although the livestock has been hit recently, no evidence proves the work of a big cat.

Once again, officials were hesitant to lean toward a cougar attack. Hutchins said most reported cougar attacks and sightings turn out to be dogs.

And John Lutz of the Eastern Puma Research Network doesn’t believe the fatality was because of a cougar either. He said there’s little chance a cougar would have not come back for its prey after killing it. A puma — another word for cougar — would have preferred to jump from a high point onto its prey, and it would have likely covered the horse with grass and debris. Although Lutz doesn’t think a dog or coyote is a plausible explanation, he said lightning could be the culprit. Before the death, the area had received storms. Lutz said the deep hole in the horse’s neck could be from lightning. The fact that scavengers had already eaten much of the animal in such a short time framed did not surprise him either.

In the meantime, Bowman may keep his horses within close quarters. But he’s still worried. He can’t keep his colts confined for too long, as they need to run and graze to grow properly. Furthermore, he and his wife are concerned about their profits, as they constantly have vulnerable horses in their pasture.