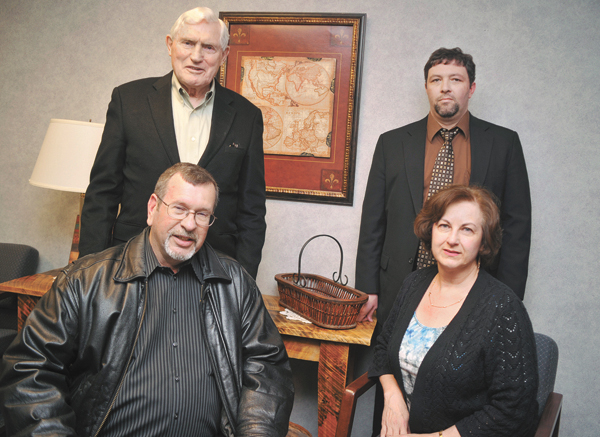 As chief justice for Minnesota’s 3rd Judicial District — spanning 11 counties including Mower and Freeborn — Benson deals with countless similar cases, but this one sticks out because of the way it was resolved. He said a mother and father were in court at least once a year for four years over custody, but after several failed attempts, Benson suggested something relatively new to the Minnesota judicial system called early neutral evaluation.

After one ENE session, Benson said he hasn’t seen them in three years.

Early neutral evaluation — a session with parents, lawyers and intermediaries similar to mediation — is a form of alternative dispute resolution, and it’s making a splash across the state. In the 3rd District, the only one is Austin’s newly incorporated Southeastern Minnesota Family Support Center.

ENE works, Benson claims emphatically, and two of the program’s veterans — who Benson knows well — just set up their shop in Austin.

Monica Seuss and Judge Sandy Keith have been doing ENEs for awhile; the two started an ENE pilot program for the 3rd and 5th districts in 2004 thanks to grant funding.

Keith, the former Minnesota Supreme Court chief justice, has been practicing law since 1964 and witnessed a drastic social change in the culture, as an increasing number of marriages ended in a divorce, and along with that, a spike in custody battles.

“The advisory system doesn’t work very well in this area,” Keith said. “This system was really very hard on mom and dad, especially when they’re fighting over the parenting of their children. It’s very hard on children too, and it’s just enormously costly.”

Keith knew there had to be a better system, and when he was introduced to the ENE process in 2004, he saw it as the answer.

“That’s what we’re trying to do, is to urge parents to consult us, and get these things resolved without hurting themselves or their children,” he said.

Funding for ENE stopped in 2009, bringing the pilot program to an end. At that point, Keith and Seuss began talks to assemble another team, and after adding former 3rd Judicial District Chief Justice Gerald Wolf, attorney Scott Springer and business manager Dave Hagan, Southeastern Minnesota Family Support Center was born. Seuss said they chose Austin — a central location in the district — because it’s an up-and-coming town and it has a lot to offer.

Keith said ENE’s success rate is staggering; Since 2004, Seuss has evaluated roughly 300 cases, Keith has taken on over 80, and both have a success rate of over 90 percent, all usually under four hours.

“The confidentiality is huge for the parents,” Seuss said. “These are very personal, private matters. In family cases, if you go through the court, it’s open court. Anyone can pull anyone’s court file. ENE is very private. Our records are sealed, so what mom and dad say in the ENE, stay in the ENE. Parents like that because they can vent a little bit. They can express their frustrations, and still get things resolved.

“It’s confidential, it’s very quick and the cost is a lot less.”

“This alleviates some of the pressure on the court system,” Seuss said.

Seuss also credits the success to the people making the decisions: the parents.

“This is a process where mom and dad can both walk out with a feeling of accomplishment,” she said. “They can walk out of court with their heads high and say ‘we made these decisions for our kids.’”

The evaluators’ neutrality doesn’t hurt either, Seuss said. Sometimes, it’s a reality check for the parents.

While Southeastern Minnesota Family Support Center is new to Mower County, it’s part of a growing trend in Minnesota, Benson said. He said in eight of Minnesota’s 10 judicial districts, some form of ENE is occurring.

“It’s catching on, and it’s one of the first things we encourage for resolving family law cases,” he said. “Early neutral evaluation has turned out to be one of the most effective forms of alternative dispute resolution in family law.”