Kenneth Lee Evans, 78, entered eternal life Thursday, May 12, 2011, at the Good Shepard Lutheran Home in Rushford after a battle with cancer. 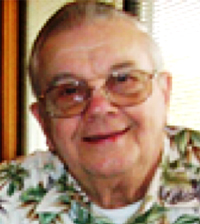 Kenneth Evans was born Dec. 21, 1932, to John Wheeler and Eva Grace (Barney) Evans in Matawan. Ken attended school in New Richland then moved to Albert Lea where he attended high school and graduated in 1950. He served in the United States Marine Corp. in San Diego, Calif., from 1953 to 1956. In 1956 he married Phyllis J. Krueger and shortly thereafter they returned to Albert Lea where their son, David A. Evans, was born in 1961. Ken worked at Wilson & Co. for 27 years, ran an automotive repair shop from his home, and volunteered as an ambulance driver for the Albert Lea Ambulance Service.

In 1992 Ken married Janette W. Wentland in Rochester and became stepfather to Lori Wentland and Melanie Hoppenworth. In 1998 Jan passed away after a battle with cancer.

In 1999 Ken moved to Lewiston. There he met his beloved companion, Eunice Baer. He served the town of Lewiston in many ways including covering events for the local cable company community channel. Ken enjoyed spending time with Eunice, family and friends, coin collecting and playing cards. He belonged to the Lions, Elks and Eagles Club. 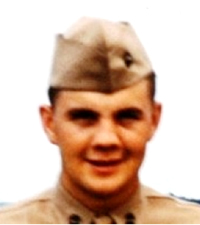 Per his wish, Ken’s body was donated to the Mayo Clinic Department of Anatomy and no memorial service will be held. Donations can be made in his name to the Fool’s Five Road Race, an annual event for over 30 years providing funds for cancer research, at PO Box 325, Lewiston, MN 55952.