Memorial services for Lissa Marion Grodhaus-Parrish of Albert Lea will be held at 11 a.m. Wednesday at Grace Lutheran Church in Albert Lea. The Rev. Todd Walsh will officiate. Friends may greet the family one hour prior to the service at the church. Interment will be in the Fort Snelling National Cemetery in Minneapolis. 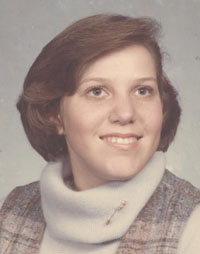 Lissa was born Feb. 28, 1961, in Bamberg Germany, the daughter of James and Kathe (Reich) Grodhaus. She was a graduate of Wasson High School in Colorado Springs, Colo., in 1979 and went on to further her education at Pikes Peak Community College.

Lissa has resided in Albert Lea since 1994 and was a member of the Grace Lutheran Church. She served her country in the United States Army for 13 years and served in Korea. Lissa was a CNA at the Albert Lea Good Samaritan Society and a lifeguard at the Albert Lea Family YMCA and the Albert Lea city pool. In the mid 1990s she ran for mayor of Albert Lea.

Lissa enjoyed scrapbooking, crocheting, movies (old classics and musicals) and reading. She had a wonderful sense of humor and saw the good in everyone she met.

She was preceded in death by her grandparents: Alfred and Eugenia Reich; and aunt, Marga Swain.

Lissa will be remembered mostly for her giving spirit and her positive outlook at life. She had a wonderful smile.