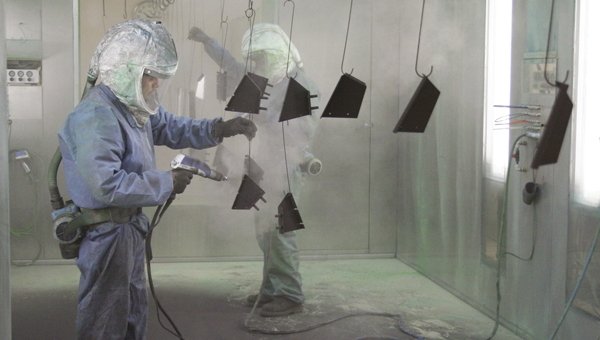 Lou-Rich is in a years-long process of improving efficiency at its manufacturing plant in Albert Lea. 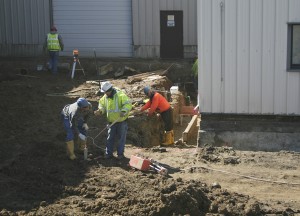 A new and energy-saving paint system was installed last year. This year, a new warehouse and shipping building is being built. Many people have noticed the work as they drive past on Front Street.

Mike Larson, president and CEO of Innovance, the holding company for Lou-Rich, said there will be more remodeling next year as well.

The current project of building a new warehouse and shipping dock is just one step in completing the goal of having more efficiency. Larson said currently products are delivered to the south end of the plant and then make their way north through production. Products then sit in different holding areas on the production floor and have to be brought back south to be shipped. 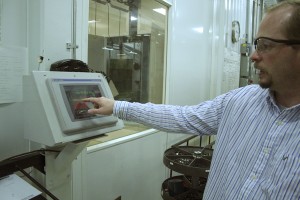 Mike Larson, president and CEO of Innovance, points at one of the processes in Lou-Rich’s new computerized paint line. -- Kelli Lageson/Albert Lea Tribune

Basically, instead of having shipping and receiving at the same end of the building, they will now be at separate ends.

The company had bought lots adjacent to its building over the last 10 years. Larson said having a finished-goods warehouse has been in the company’s long-term plans. The project is expected to cost about $1.3 million and will have four loading docks for semi trailers and one drive-in door. 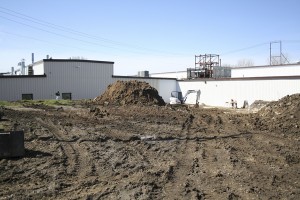 Shown is the area near the north end of Lou-Rich, off Front Street. A 17,000 square foot building will be finished around September that will be used for storage and shipping. -- Kelli Lageson/Albert Lea Tribune

Last fall Lou-Rich finished a high-tech painting system that cost the company more than $1 million. Larson said it has modern controls and more automation for the long process. He also said it conserves more water and energy than their previous painting process.

Previously the company used primarily liquid paints, but with the new system they use a power paint, which gives a sheen like most new vehicles have. In 2012 Larson said the company plans to build a “super highway” for forklifts through the plant. In the same effort to bring efficiency and better flow through the plant, he said they’d like to build a two-lane route through the entire plant. 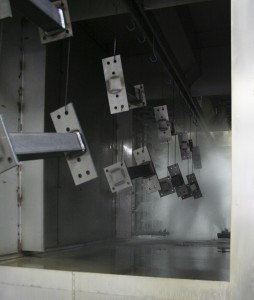