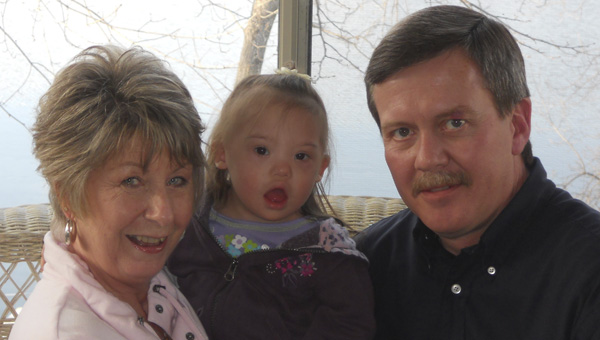 This is the second survivor story for Naeve Health Care Foundation and Albert Lea Medical Center’s newest fund-raiser, “The beat goes on.” The fundraiser is a $327,000 effort to raise money for crucial, cutting-edge cardiac care equipment for area first responders and ALMC’s Ambulance Services, Cardiology, and Cardiac Rehab departments.

“I didn’t feel anything that triggered a ‘You’re having a heart attack’ kind of reaction,” said Arbic.

On the morning of Feb. 12, 2007, Arbic said his back was bothering him. His wife, Janna Lehocky-Arbic, gave him a back rub and before she stopped, he mentioned the pain had moved higher. He then got up to take a shower.

“The next thing I knew there was a big crash and he wasn’t breathing,” she said.

Arbic, now 50, doesn’t remember the heart attack. The last thing he remembers is stepping in the shower. But Lehocky-Arbic remembers.

Albert Lea police officers and paramedics from Albert Lea Medical Center were soon on the scene and defibrillated Arbic using an Automated External Defibrillator. Arbic was transported to ALMC via ambulance and once he was stable enough transported to St. Marys Hospital in Rochester via Mayo One. He had to be resuscitated twice on the ride over. Arbic spent 14 days at St. Marys.

“After they assessed his heart damage, they induced a coma and reduced his body temperature,” said Lehocky-Arbic. “They inserted a balloon pump into his heart while he was in the coma.”

Arbic would need bypass surgery but doctors wanted to wait until he was more physically and mentally able to handle the stress of the surgery.

Despite some hesitation because of his father’s experience with bypass surgery, Arbic had the surgery in April of that year.

“I remember waking up in recovery,” Arbic said. “Everything went very well, it was much better than I thought it would be.”

“It was our informal support group,” she said. “We still see those people occasionally.”

Arbic is now on medication to help with his blood pressure and cholesterol levels, and they both have changed their diets and exercise habits.

“We watch what we eat,” said Lehocky-Arbic. “Monitor our salt intake; try not to eat as much animal fat. We’ve really cut back on the amount of caffeine we drink.”

“It’s all about moderation,” added Arbic, “and having a positive attitude about the situation. Yes, it’s a change, but it’s not something we can’t handle.”

For more information visit www.naevehealthcarefoundation.org. NHCF’s gala supporting “The beat goes on” has been scheduled for Sept. 24 at Wedgewood Cove.