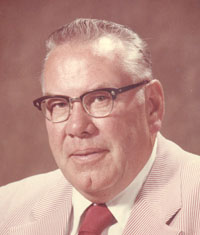 Freeman served in the United States Army during World War II and the Korean War as a cook.

He was a foreman for Weyerhaeuser.

He was preceded in death by his wife and a great-great grandchild, Adriana Wilson.
A memorial service will be held at a later date.

Memorial contributions may be made to Prospectors and Golddgigers, P.O. Box 41 5, Cottage Grove, OR 97424.

Arrangements under the care of Musgrove Family Mortuary, Eugene.