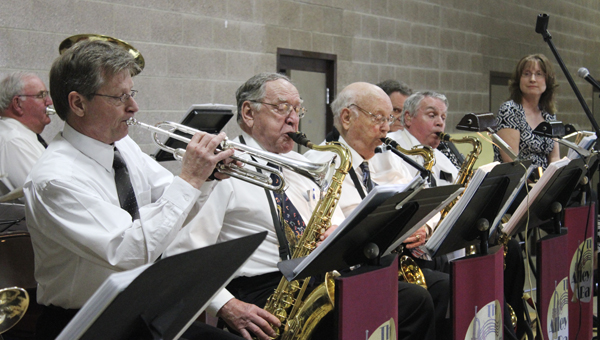 Monte Dehnert plays the trumpet in The Alley Katz band on Saturday evening during the Beyond the Yellow Ribbon farewell party. Others in the front row, left to right, are Don Sieberg, Dewey Hanson, Merrill Mielke, Gene Salisbury and singer Sue Wiersma. Many Minnesota National Guard soldiers are headed to Kuwait. -- Tim Engstrom/Albert Lea Tribune 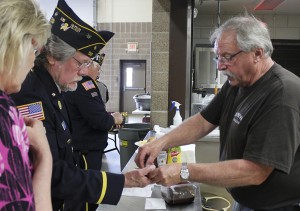 Jack Kuchenbecker of Geneva Bar & Grill gives change to Dave Skogheim Saturday at the Beyond the Yellow Ribbon party at the Albert Lea Armory. Skogheim and others, such as Patti Freeman in the foreground, purchased their suppers at the event. It was a farewell party for National Guard families. Members of the Post 56 American Legion were there in support. -- Tim Engstrom/Albert Lea Tribune