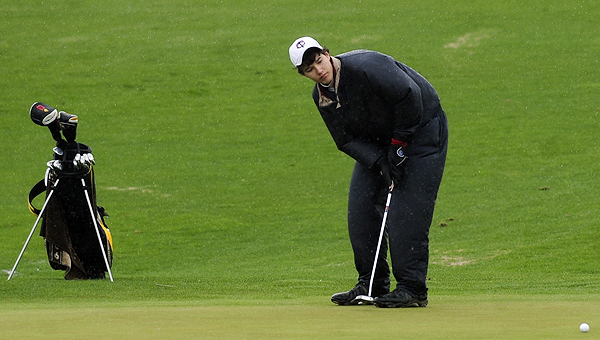 The Tigers shot 337 during the invite’s first round Friday at Green Lea Golf Course and shot 336 during their final round in wet conditions. With the lower score, the Tigers leapfrogged Austin in the leaderboard, who fell from 14th to 15th after shooting a Day 2 score of 348.

Brady Falk led the Tigers win an 80 at Wedgewood Cove that included a two-over par 38 on the front nine with five pars and a birdie. Falk shot 42 on the back nine. Adam Syverson shot an 81 for the Tigers, and Brent Nafzger shot an 87. Other Tigers golfer’s scorecards were incomplete as of press time.

After sitting in third place following a first-round score of 307, Wayzata shot 300 Saturday to win the championship. Rogers, who led the 20-team field after Day 1, shot 314 on Saturday and finished tied for second with Chanhassen.