Whose side is the Legislature on?

In the face of an historic budget deficit, this session was and is about priorities. The Legislative Republicans repeated the mistakes of the past that have stifled job creation, squeezed middle-class families and held Minnesota back. The DFL fought to move our state forward by creating jobs, protecting middle class pocket books and supporting innovation that grows small businesses. 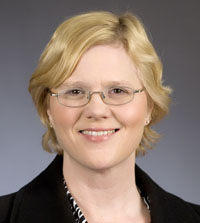 As of the May 23rd adjournment, the Republican majority — constitutionally charged with crafting and passing a budget — failed to get the people’s work done due to an utter refusal to compromise.

The DFLers in the House believe that the right priority is to grow our state and move Minnesota forward. That’s why we worked to keep property taxes — the largest tax that Minnesota businesses pay — down in the face of GOP efforts to raise property taxes throughout the state. Small businesses are the economic engine of our state, so DFLers support important technical assistance to help these small businesses expand and hire new workers.

DFLers also worked diligently on behalf of middle class families that have been squeezed by rising property taxes, insurance premiums and state fees over the past decade. We believe that broad prosperity is best preserved by fair taxes, strong public schools for our children, affordable college tuition for Minnesota students and their families, access to affordable health care and creating good-paying jobs.

Unfortunately, the Republican budget asks nothing of the richest Minnesotans and instead chooses to balance the budget on the backs of those struggling in the recession — small businesses and the middle class. The Republicans’ budget increases property taxes by $1.3 billion, cuts $50 million from our children’s schools, causes college tuition to rise and slashes 30,000 mostly private sector jobs. As opposed to growing our economy by supporting small businesses that employ Minnesotans, the Republicans made it harder for small and start-up businesses to grow.

The Republicans’ choice to slash health care for 140,000 Minnesotans, make historic cuts to our colleges and universities, cut school funding and reduce support for job creation by 58 percent demonstrate that their priority is not short or long term economic recovery in Minnesota. In fact, Tom Stinson, the state economist, indicated that the Republican all-cuts approach to the budget deficit would be more harmful to Minnesota’s economic recovery than a balanced approach of spending cuts and revenue.

This is particularly true in places like Albert Lea. Under the Republican budget, cuts totaling millions to Riverland Community College and Mayo Clinic Health System in Albert Lea will mean lost jobs and opportunities. Small businesses will likely suffer in Albert Lea because the cuts to local government aid will put the city in the difficult position of considering a property tax increase. In fact, Albert Lea has managed recent cuts with incredible fiscal responsibility, cutting back on just about everything. As a result, the new round of cuts will likely be devastating.

In many ways, the state budget and policy making were held hostage by Republicans so concerned with protecting the special interests and the richest Minnesotans that they were absolutely unwilling to compromise or even fulfill their constitutional obligation to get their work done on time.

Leadership is about choices and priorities. The DFL showed strong leadership on the issues that matter to Minnesotans — defending middle class taxpayers, growing small businesses, putting Minnesotans back to work, educating our children to compete in a 21st century global economy, and taking care of elderly and disabled Minnesotans. By contrast, the Republicans protected the special interests and richest Minnesotans instead of all of us.

State Rep. Debra Hilstrom is the DFL deputy minority leader in the Minnesota House of Representatives. She represents Brooklyn Center in the state Legislature.