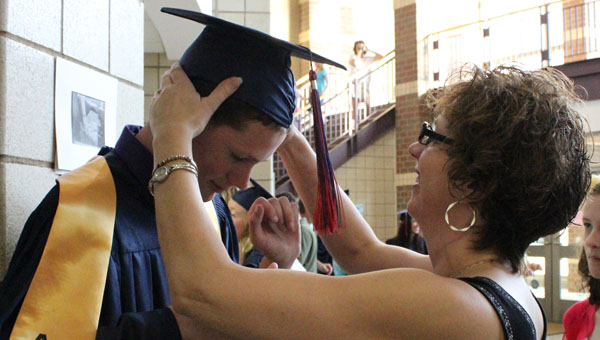 “We managed to come together as one class coming from all different elementary schools,” Petersen said. 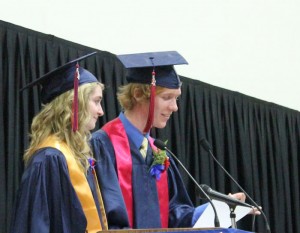 She and Edwards spoke about awkward junior high dances, the courage retreat that brought the class closer to each other and how scary the high school seemed as freshmen.

“It is rising above each challenge that builds our character,” Edwards said.

Petersen told the graduates that even if they fail, they will learn from that experience and grow from it. They ended their speech by wishing good luck to the graduates and with a simple sentiment.

“We made it!” Petersen said. 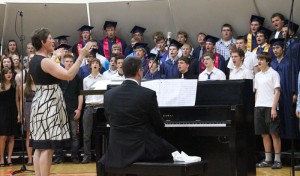 “We congratulate these students for bringing honor to our community,” Root said.

Some parents were getting emotional while helping their child get ready for the processional. Tina Stripe, mother of Carlton, said she’s been waiting for this day since Carlton was born.

School board member Jill Marin started her address to the graduates by saying the last time she’d spoken before a graduating class was her own as valedictorian. The theme of her speech was walk in strength, walk in love, walk in hope.

“Let your voice be heard — your voice is important,” Marin said. “Your words are a reflection of you.” 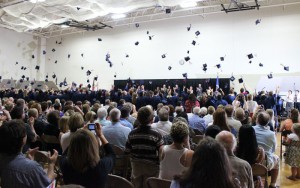 She told them their words and actions make a difference, and that unexpected things will happen to them.

“Without a doubt each one of your will change the world,” Marin said.

Superintendent Mike Funk also spoke to the graduates to say the staff of the district has equipped them with the skill set to be successful in life.

“We have equipped your for life’s journey,” Funk said. “The rest of the journey is now up to you.” 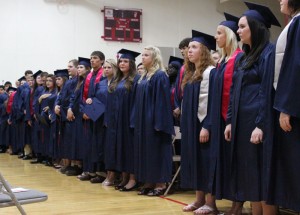 And they are ready for that journey. One graduate, Jessica Nolan, plans to attend Riverland Community College in the fall before transferring to a university to double major in social work and psychology. Some of her family was there Friday to see her walk across the stage, and her father, Pat, said he’s been looking forward to her graduation. Nolan said she’s happy to be graduating but sad to be leaving her friends.