A half dozen city, school and business leaders from Albert Lea traveled up to St. Paul on Tuesday to speak out against a proposed Alliant Energy rate increase.

In front of the Minnesota Public Utilities Commission, the leaders talked about the effect a proposed 22 percent electricity rate increase would have on residents and businesses in the community, along with potential developers looking to come to Albert Lea.

Albert Lea Economic Development Agency Executive Director Dan Dorman said for a large user, the rate increase itself is greater than the company’s own property taxes for the entire year.

“They seemed to be very receptive to the testimony that we brought to the table,” Dorman said. “From what I understand, it’s not too often that regular folks show up at these things.”

The comments came during a final public comment hearing in front of the commission, followed by additional closing comments from Alliant Energy officials, lawyers representing the city, representatives from the Minnesota Department of Commerce and the Minnesota Attorney General’s Office.

The commission is expected to issue a ruling on the case on Thursday.

Albert Lea-Freeborn County Chamber of Commerce Executive Director Randy Kehr talked about the “undue burden” a rate increase would have on local businesses — small and large alike — and on nonprofit organizations, which are struggling to raise funds while at the same time facing rising operations costs.

“We certainly hope that the businesses, nonprofit charitable institutions and consumers will be considered as the commission evaluates the worthiness of this rate case,” Kehr said.

He said he was optimistic about the outcome of the case. 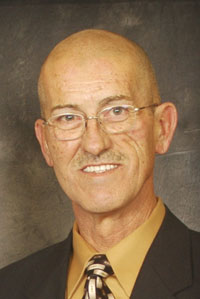 Kehr pointed out that District 27 Sen. Dan Sparks was also in attendance, speaking in support of the communities in Freeborn County that he represents.

Foss said Alliant Energy representatives talked to the commission for about 40 minutes during the main part of the hearing and then an additional 10 minutes at the end.

He noted that representatives talked about why the company filed for the increase, including an attempt to recover money for investments.

Most of the expenses included in the rate case recover the investments the company has made in its Minnesota system in the last five years, including infrastructure-type investments, such as emission control power plants required by the federal government and wind farms to meet state renewable energy mandates. It also includes the cost of service, including lines, poles and substations that get power to customers.

Foss pointed out that the company has not had another rate case for the last five years in Minnesota.

“This is something we’ve thought long and hard about and took our time to do,” Foss said. “We understand what our customers are dealing with.”

He encouraged customers, regardless of how the case turns out, to contact the company to find out ways to save money and be more energy efficient.

“We offer several ways for them to get the most out of their dollar,” he said.