Be a Hero For Babies 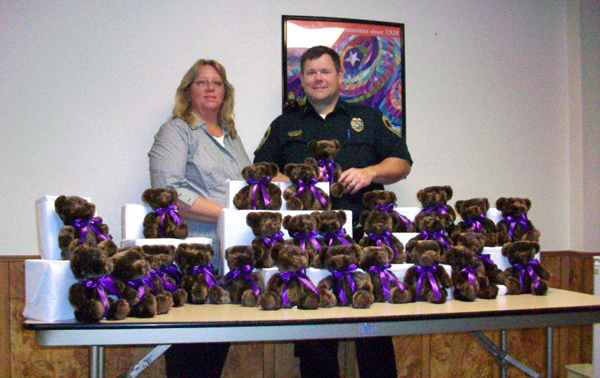 Shelly Gold Farmers Insurance agent donates 30 March of Dimes Bears to the Albert Lea Police accepted by Lt. Jeff Strom. On Wednesday, June 29, Farmers Insurance Shelly Gold’s office at 109 S. Newton Ave. will be taking donations for March of Dimes. There will be an open house from 9 a.m. to 5 p.m. to donate. June 29 is Farmers Insurance Group’s “Be a Hero For Babies Day.” In 2010 Farmers Agents, district managers and state offices had a goal to raise 2 million dollars in one day to surpass 1.5 million raised in 2009. The total raised was 2.65 million.