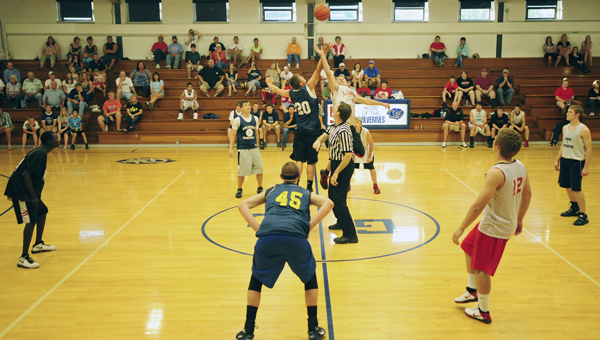 Players were selected to participate in the game based on the athletes’ All-Conference status voted on by the coaches of the Southeast Conference at the conclusion of the season.

“It is the first time we could ever do this event,” Dan Fredrickson, the Glenville-Emmons head coach, said.

Teams were divided into an east and a west team, based on the division alignment within the conference.

Fredrickson brought the idea for the game to the coaches about a week after the season concluded.

“Landon Hall contacted the players on Facebook,” Fredrickson said. “They were all for it.”

One change that will be new to the players is the time. The all-star game will consist of two-20 minute halves of play much like a collegiate contest. The halves will be two minutes longer than what the high school athletes are used to.

A couple of the selections from each squad weren’t able to attend so they opened it up to the All-Conference honorable mentions as well.

The event began with a dunk contest and the winner was voted on by the fans. Andrew Lau, of Glenville-Emmons and Tribune Player of the Year, won the contest.

About 80 fans from the area attended the event.

Fredrickson hopes the game can become an annual event played in the gym of the team that won the conference.

“What a cool way to honor our All-Conference players,” Fredrickson said. “I’d like to see the girls do it as well and play the games on the same night.”

Proceeds from the gate will go toward paying for the officials.

Players wore their school’s practice jerseys for the game because the Minnesota state rule says they can’t wear their school uniforms during the summer.