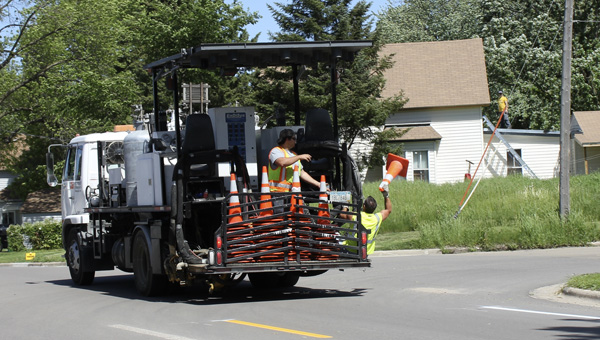 A crew with the Minneapolis office of Highway Technologies, according to the door of the truck, lifts cones Tuesday for new stripes on Front Street. The street’s new lines include a bike lane. The Albert Lea City Council approved a bike lane for the route last November. -- Tim Engstrom/Albert Lea Tribune