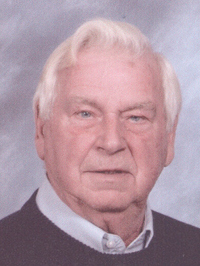 Darwin was proud of his many accomplishments in life. He entered the Army at the age of 16 and was released because he was too young. He then joined the Navy and was honorably discharged in 1949. He learned to fly a plane at an early age. Darwin was self employed his whole life with many different businesses and also retired from the Soo Line Railroad. Darwin was an avid bowler, had a 200 average and rolled a 300 game at the age of 76. Darwin’s enthusiasm for the outdoors was dear to his heart. He had many hunting trips by himself as well as hunting and fishing trips with family and friends. His greatest love was hunting pheasants with his dog. He hunted in Africa three times, British Columbia and Alaska numerous times. He hunted doves in different countries; he loved duck hunting and fishing in Canada and the United States, hunted bears in Alaska and geese right out his back yard. He loved to hunt and fish with anybody that would go hunting and fishing especially with his sons and grandsons. Darwin could be seen at Harold’s Bar, which he established in 1960, talking about hunting and fishing amongst the many friends he made over all the years. His worldly travels included every major country in the world. He and his wife Carol traveled around the world on their honeymoon in July of 1990. Darwin loved riding on the golf cart with his grandchildren during family gatherings. He shared his wisdom on life whenever he had the chance with those closest to him.