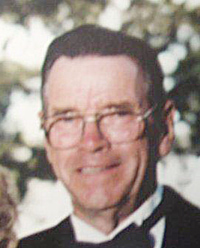 Dean greatly enjoyed spending time with all of his grandchildren.