Brian and Nora Thompson announce the engagement of their daughter, Emily Thompson, to Jon Kruse, son of Brad and Mary Jo Kruse, of Manson, Iowa. 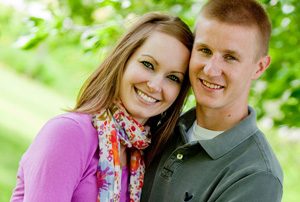 Grandparents of Emily are Earl and Ruth Thompson, of Albert Lea, Cliff and Norma Treptow, of Wells. Grandfather of Jon is Arnold Kruse, of Lennox, S.D.

Jon is a graduate of Manson Northwest Webster, Manson, Iowa, and University of Northern Iowa for management information systems. He is employed at Laurens-Marathon Community School as technology director.

A wedding is planned for July 30 at Central Freeborn Lutheran Church of Albert Lea.