Heart attacks can be unexpected

This is the fourth survivor story for Mayo Clinic Health System in Albert Lea and Naeve Health Care Foundation’s newest fund-raiser, “The beat goes on.” The fund-raiser is a $327,000 effort to raise money for crucial, cutting-edge cardiac care equipment for area first responders and the medical center’s Ambulance Services, Cardiology, and Cardiac Rehab departments.

Marilee Majerus had to be told she was having a heart attack, and she didn’t believe the health care providers.

Majerus was working the night shift at Kwik Trip on Garfield during the winter two years ago, when she starting feeling some pain under her breast.

“The pain was only in an area the size of my thumb, so I took a couple of Excedrin and continued working,” she said.

Before she left work the next morning, she called the phone advice nurse at Mayo Clinic Health System in Albert Lea. An emergency room physician called her back. 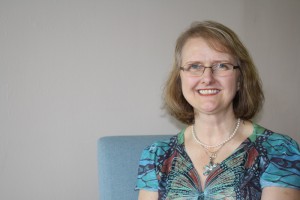 “It was a little hard to hear him at first, because I was on my cell phone, standing outside trying to scrape the ice off my windshield,” Majerus said. “The doctor told me to put the scraper down and have someone drive me up to the Emergency Room.

“I had my youngest daughter, who was home at the time, drive me up to the hospital,” she said. “They did some blood work and told me I was having a heart attack.”

This is when the shock and disbelief set in.

“I didn’t and don’t fit the typical criteria for heart attack victims,” she said. “I watch what I eat, I’m not overweight, I don’t have diabetes, I don’t smoke, don’t drink. I couldn’t believe it. I looked at my daughter and said we’d better call your dad on this one.”

While Majerus didn’t meet the typical criteria for having a heart attack, she did meet another, less common possible cause, constrictive pericarditis.

Pericarditis is a swelling and irritation of the pericardium, the thin sac-like membrane that surrounds your heart. Pericarditis often causes chest pain and sometimes other symptoms, according to mayoclinic.com. Some people with pericarditis, particularly those with long-term inflammation and chronic recurrences, can develop permanent thickening, scarring and contraction of the pericardium, known as constrictive pericarditis. In these people, the pericardium loses much of its elasticity and resembles a rigid case that’s tight around the heart, which keeps the heart from working properly.

The cause of pericarditis is often hard to determine. In most cases doctors are either unable to determine a cause or suspect a viral infection. Other causes of pericarditis include: systemic inflammatory disorders, such as lupus and rheumatoid arthritis; trauma, such as an injury to your heart or chest as a result of an accident; other health disorders, such as kidney failure, AIDS, tuberculosis and cancer; and certain medications, although this is unusual.

Majerus believes her pericarditis was a result of the full-body radiation she received for a bone marrow transplant due to her Non-Hodgkin’s lymphoma diagnosis in the mid-1990s. The transplant was successful, and she has been in remission for 16 years.

Staff in Albert Lea determined she was having a heart attack, and Majerus was sent via ambulance to St. Marys Hospital in Rochester. She said her pain didn’t really increase during this time. “I felt like I needed to crack my back, but I didn’t feel like I was in much pain.”

After testing and evaluation in Rochester, providers determined the pericarditis had hardened around her heart and a valve wasn’t working properly. Later that week she underwent surgery to have the pericarditis removed and the valve fixed. She also underwent a double bypass. The surgery was successful, and Majerus hasn’t had any complications.

“I do have a family history of heart disease, on both my mom and dad’s sides, and my brother did have bypass surgery too, but I’ll always wonder how much of my situation was caused by the radiation instead of genetics,” she said.