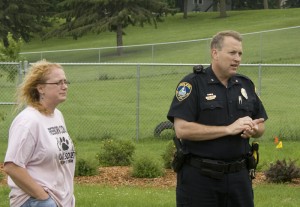 Amid smiles of relief, Freeborn County Humane Society volunteers and a handful of city leaders on Wednesday officially broke ground for the expansion of the Albert Lea animal shelter. 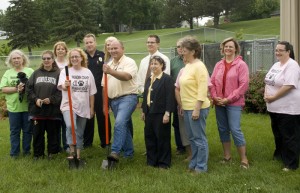 Freeborn County Humane Society volunteers, a contractor from Welker Custom Homes Inc. and a few city officials pose for a photo Wednesday during a short groundbreaking ceremony for the shelter's new addition.

During what was a groundbreaking ceremony outside the shelter, Humane Society volunteers thanked the community for their support with the project, which has been several years in the making. 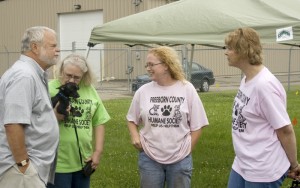 Freeborn County Humane Society volunteers talk Wednesday with Steve Leuthold, left, a supporter of the Humane Society, who made the initial donation that spurred the shelter addition.

Construction is slated to begin in coming weeks.

The plans include a 40-by-40-foot addition, which will be constructed by Welker Custom Homes Inc. of Owatonna for $216,000. The addition will double the size of the current building and provide much-needed space for the animals there.

Humane Society Director Christa Stieler said the organization still needs to raise about $17,000 or $18000 to finish building the structure and then raise money for inside amenities such as cages.

They have a fundraiser Buckets on Broadway event slated for July 15 downtown to raise most of this money.

Plans for the building have been in limbo for at least a year after former Freeborn County Commissioner Linda Tuttle was found to have taken money from her company’s escrow accounts — including a $150,000 grant given to the Humane Society for the addition — and ultimately gambled it away. 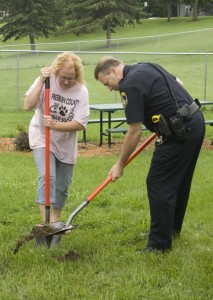 The organization, with the help of the community, has worked diligently during the last year to recoup that money through donations.

Amberg said though there were a few “bumps” along the way, volunteers are grateful the project is at this phase.