Funeral services for Paul Dean Woodhouse, 60, of Glenville will be held at 1 p.m. Saturday at Trinity Lutheran Church. The Rev. Curtis Zieske will officiate. Interment will be at Plymouth, Iowa. Visitation will be from 4 to 7 p.m. Friday at Bayview/Freeborn Funeral Home and one hour prior to the service at the church. To sign the guest book, go to www.bayviewfuneral.com. 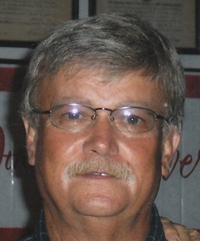 Paul died Tuesday, May 31, 2011, at Mayo Clinic Health System in Austin from a heart attack.

Paul Dean Woodhouse was born on May 2, 1951, to James and Maxine (Ravenstad) Woodhouse in Mason City, Iowa. He grew up in Plymouth and graduated from North Central of Manly, Iowa. In his early years Paul enjoyed a lot of hunting with his father. On Sept. 8, 1969, Paul was united in marriage to Imogene Dahl in Plymouth. The couple moved to Albert Lea in 1970 and recently moved to rural Glenville and Paul had worked at Queens Products until they closed. In the early 1970s, Paul was active in the Albert Lea Jaycees and Moose Lodge and was also an active member of the Low Bucks Car Club and enjoyed helping with the Eddie Cochran Weekend and camping. In his spare time he liked working in his yard. Paul especially enjoyed going up north fishing every fall with Imogene and the time spent with his grandsons, Cody and Alex and his very special great-grandson, Logan. He was a very active, proud and enthusiastic hockey grandpa.

Paul was preceded in death by his parents: Maxine and James Woodhouse; grandparents: Clara and Jake Ravenstad and Etta and Frank Woodhouse; mother and father-in-law, Derwin and Dora Dahl and sister, Becky Jo.

Paul will be sadly and greatly missed by all.