Plaza Morena is a family affair 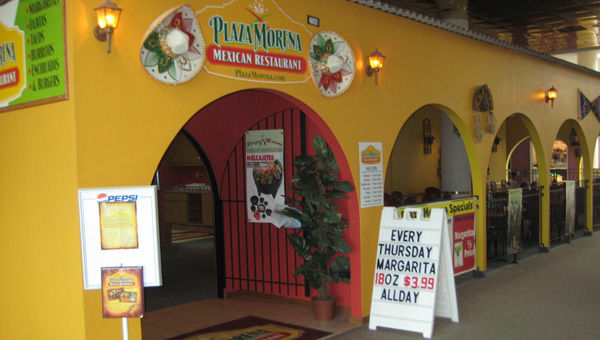 With his nearly 16-year-old son working the cash register and his wife cooking in the kitchen, Rafael Herrera, general manager and co-owner of Plaza Morena, demonstrates how the restaurant lives up to its motto of “family first.”

“Big families can come with their kids and enjoy eating here,” Herrera said. “They are not going to see a lot of people at the bar or drinking here. I call it a family restaurant.”

Herrera, who grew up in Mexico and lived in Detroit for 14 years, likes working and cooking at Plaza Morena. Herrera has managed the restaurant since it opened in 2006. When his brother, who owns the Plaza Morena in Owatonna, asked him to manage a new restaurant in Albert Lea, Herrera said it was the “perfect” time to move to a quieter venue. 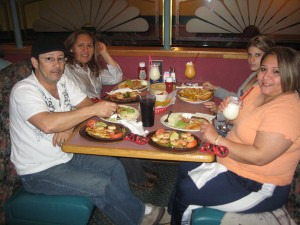 Herrera said the main draw for Plaza Morena’s customers is the fresh Mexican food. Because nothing is pre-cooked, the flavors may vary between Plaza Morena restaurants, but they try to stay consistent from day to day he said.

“We pretty much cook everything. We make the salsa here,” Herrera said. “Pretty much everything is fresh.”

Herrera said though the meals are authentic Mexican, they are less spicy than they would be in Mexico, in order to suit everyone’s taste buds. He said his customers enjoy his food so much that they prefer it to the meals ordered on vacation in Mexico.

“I’ve got a lot of customers that go to Cancun or Puerto Vallarta that say, ‘Oh, this is better,’” Herrera said.

In addition to the Mexican décor and music played throughout the restaurant, Herrera said he supplements that atmosphere with the Spanish language.

Even though a customer may have to stop if the skill level goes over their head, Herrera said he enjoys the opportunity to speak in his native language.

Because his customers expect good service each visit, Herrera strives to keep everything clean and all the staff friendly.

“I try to talk to everybody, every time,” he said.