The funeral service for Richard J. Kenevan, of Circle Pines, formerly of Albert Lea, will be held at 11 a.m. Friday at Salem Lutheran Church, Albert Lea. The Rev. Mark Niethammer will officiate. Interment will be in Hillcrest Cemetery. Military honors will be accorded by Albert Lea veteran’s organizations. Visitation will be at Salem Lutheran Church on Friday from 9:30 p.m. until the time of the service. Bonnerup Funeral Service is assisting the family with arrangements. 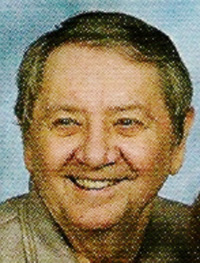 Richard died on Sunday, June 5, 2011, surrounded by the love of his family at his home in Circle Pines.

He was born on July 22, 1936, in Austin, the son of James and Marjorie (Tuttle) Kenevan. He graduated from Albert Lea High School and then served our country in the U.S. Air Force. He had served in the National Guard as well as the Air Force before his honorable discharge.

After he returned home from the service he graduated from the Minnesota School of Business. He married Shirley Dilling on Aug. 25, 1957, at Salem Lutheran Church. Richard and Shirley made their home in Albert Lea, and Richard operated Kenevan Realty for many years. Health issues forced his retirement in 2001, and they moved to Circle Pines in 2009. He was currently a member of St. Mark’s Lutheran Church in Circle Pines and had been a member of East Freeborn Lutheran and Salem Lutheran, while in Albert Lea. Richard had served as district chairman for the Faithful Beaver District of the Boy Scouts, and also president of the American Cancer Society where he had been one of the original organizers of the Bike-A-Thon in our area. He was a member of the American Legion. Richard enjoyed hunting, fishing and golf.

He was preceded in death by his parents and a brother, Roger, in infancy.