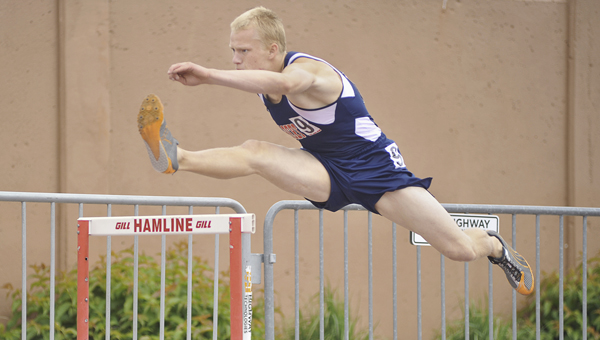 It was Monson’s second consecutive third-place finish in the 3,200 at state. She finished the race in a season-best 10 minutes 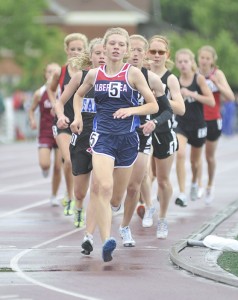 Albert Lea’s Chrissy Monson leads the field through the first turn after one lap during the girls’ 3,200-meter relay Friday in the first day of the Minnesota Track and Field Meet at Hamline University in St. Paul. -- Eric Johnson

“I went out there, competed with the best and gave it all I had,” Monson said. “I was right there battling for 1-2-3 the entire time.

“I just wanted to go. I’m not going to run differently.”

Sunblad finished the 300-meter intermediate hurdles in 41.49 seconds. He missed the top-nine cutoff into the finals by 1.6 seconds.

Sunblad was seeded 17th after running 41.05 seconds at the Section 1AA meet. He said Thursday that he would need to run around 39 seconds to qualify to the finals.