Twin brothers to play baseball together 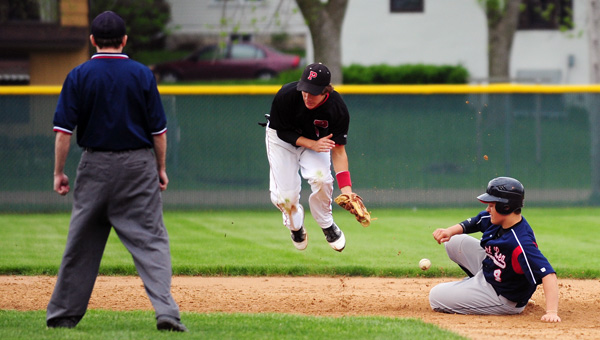 A set of twin brothers and teammates will continue their athletic careers together next year at Mount Marty College in Yankton, S.D.

Carter and Conner Kortan, who wrestled and played baseball for the Albert Lea Tigers, committed to play baseball for the Mount Marty Lancers, according to a press release issued by the school.

“Carter and Connor have strong ties to the program,” Lancers coach Andy Bernatow said. “I am happy to have them continue their athletic and academic careers here at Mount Marty.”

Bernatow said Carter will help add depth to the Lancers’ middle infield and should fight for varsity time in the near future. He said Connor will be thrown into a positional battle right away after the graduation of a three-year starting catcher.

Connor was the starting catcher for the Tigers this past season, helping the team to a 16-6 record and second-place finish in the Big Nine Conference. Carter missed the entire baseball season recovering from a knee injury he suffered during the wrestling season.