Victoria Munzke, 89, of Wells, died Thursday, June 2, 2011, at Parkview Care Center. Funeral service will be held at 10:30 a.m. Tuesday at the Assembly of God Church in Wells. Visitation will be from 4 to 7 p.m. Monday at Bruss-Heitner Funeral Home in Wells, and will continue one hour prior to the service at the church on Tuesday. The Rev. Hank Whinery will officiate and burial will take place in Alden Cemetery, Alden, Freeborn County. 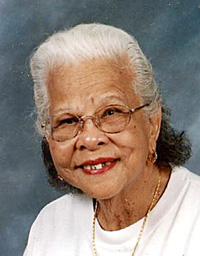 Victoria Munzke was born Sept. 2, 1921, in Manila, Philippine Islands, and went to school there. She married Robert Munzke on Sept. 19, 1956, in the Philippines. She arrived in the United States on March 3, 1958. She helped farm with her in-laws and then did summer work at the canning plant. She later quit farming and went to work full time at the chicken plant in Wells. When her husband, Robert, passed away, she lived with her son for a while, then moved to Rochester with a friend. She came back to her son’s home after having a stroke, and later moved to Parkview Care Center.

Vicki and her husband loved to go fishing; she was on the bowling league and loved to play cards and bingo. She also loved to cook and bake. She was a member of the Assembly of God Church in Wells, and liked to attend Bible study.

She was preceded in death by her husband, Robert Munzke; her son, Roberto T. Salas; one brother; two sisters; and her parents, mother Candida Reyes and father Lazaro Tamayo.