Wayne E. Miller, 81, died peacefully at the farm home in rural Oakland on Tuesday, June 7, 2011, after a lifelong association of medical problems. 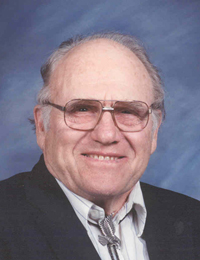 Wayne was a farmer. His love included the farm, his family, his friends, his faith and his church. He was a member of the Freeborn County Beef Processors, the Minnesota Angus Association, the Mower County Cattlemen’s Association, FFA, 4-H, and St. Edward’s Catholic Church. He was active in 4-H and FFA in his youth and later as an adult, exhibiting livestock at the county fairs, the Minnesota State Fair, Omaha and Denver. His angus herd Tinkle Bell Angus was his pride and joy – especially in the spring with the new baby calves.

Wayne celebrated his 81st birthday on Easter Sunday this year. It was the first time this had ever happened and Easter isn’t supposed to be this late again in April for another 50 years.

He is preceded in death by his parents; brother, Francis; and Miller cousins.

A funeral mass will be celebrated 10:30 a.m. Monday at St. Edward’s Catholic Church with the Rev. Joe Fogal officiating. Friends may call from 5 to 8 p.m. Sunday at Mayer Funeral Home and also one hour before the service at the church on Monday. Interment will be in Calvary Cemetery.