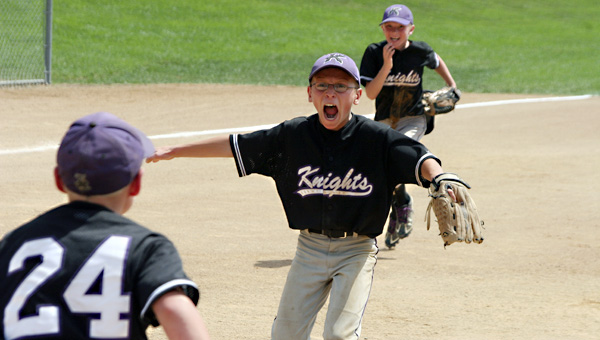 The Albert Lea Knights 9AA and 10AA teams won the MBT State Tournament over the past two weekends in Rosemount. 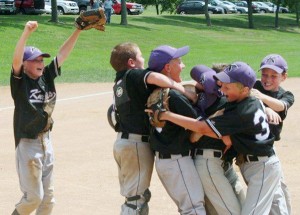 Knights players celebrate their state championship with over Orono in Rosemount. -- Submitted photo

The Knights 9AA team won the 10A tournament on July 10 after winning seven consecutive games over the 40-team field. Seeded first entering pool play, the Knights beat Wayzata Gold, Woodbury Black and Farmington by a combined score of 33-5 and earned the No. 1 seed in the tournament.

The Knights then beat Belle Plaine, Knights 10A and Parkway before beating Orono 4-1 in the championship game.

The Knights 10AA won the state title Sunday, beating Delano 4-3 in the championship game. The Knights trailed 3-0 entering the bottom of the sixth but scored four runs in the comeback win.