Two people will be recognized with the 2011 Outstanding Senior Citizen Award at the Freeborn County Fair at 1 p.m. Wednesday for their service to the community.

Both Pat Johannsen and Darryl Meyer were nominated for the award. The award will be given to Johannsen and Meyer at Entertainment Square. Following is a feature on both winners: 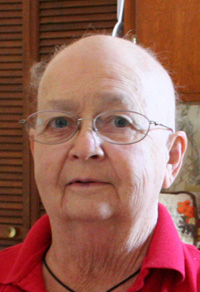 Johannsen said she was surprised that she was picked to be recognized for her community work and said over the years she’s done a number of different kinds of volunteering.

One of her biggest projects is working to organize the school visits during the Big Island Rendezvous; she’s also on the board of directors for the rendezvous. She said she enjoys all her different volunteering activities because of the people she gets to meet.

Carol Colstrup, who nominated Johannsen for the award, said Johannsen doesn’t volunteer for recognition or to impress anyone and that she’s set a good example for others by donating so much of her time.

Johannsen said she’s also been involved in REACT, the Freeborn County Bike-A-Thon and serving food at St. Theodore Catholic School and for Loaves & Fishes. She also helps coordinate the Freeborn County Fair food stand, owned by the Big Island Rendezvous, which is a fundraiser for the organization. 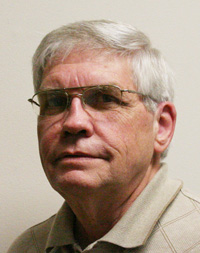 Meyer said he doesn’t like getting recognition for his volunteer work because there are many other volunteers he works with who could also get a similar award. He was nominated by the Golden K II Kiwanis club.

“I’m not real wild about recognition,” Meyer said. “There are many people in this community who are deserving.”

Meyer volunteers for the Youth for Christ organization in Albert Lea, where he’s been a board member and helped with manual labor. He also helps with Mayo Clinic Health System in Albert Lea’s Meals on the Go program, which brings meals to area residents who cannot easily leave their homes. He’s also served on the family selection committee for the Freeborn-Mower Habitat for Humanity.

Meyer said he and his wife, Jo, like to do whatever seems right at the time when approached with volunteering opportunities. An organization near to his heart is Camphill Communities, which he’s been involved with for more than 25 years. He serves on the board for the organization, which provides alternative housing for people with disabilities.

Meyer is also a board member for St. John’s Lutheran Home and on the committee that’s doing research about the recent land acquisition. He’s involved with activities through his church and served on the council in different capacities through the years.