On June 17 the Albert Lea drumline marched in the Straight River Days Parade in Medford. The drumline was presented with the “Best in Show” award, which is the only award given as part of the parade celebration. 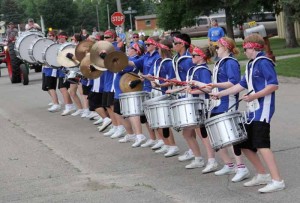 The drumline is directed by Peter Gepson, assisted by Mariah Howe, Ben Faugstad and Josh Etherington.

The drumline will perform today at Albert Lea’s Third of July Parade and in Austin and Blooming Prairie on July 4. 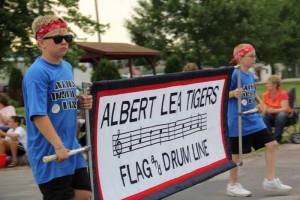