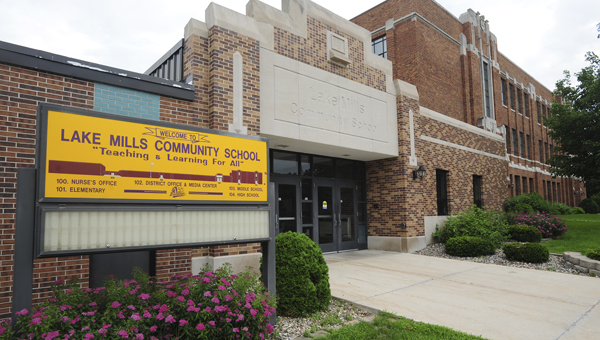 LAKE MILLS, Iowa — A report from the Iowa state auditor says a former business manager at Lake Mills Community School District used more than $200,000 in school funds to pay of her credit cards.

Auditor David Vaudt on Thursday announced that an investigation showed $262,719 in inappropriate spending by Chris Mathahs. She resigned from the position of business manager on Dec. 9, 2010. The investigation, requested by the school district, covered the dates of July 1, 2005, to Dec. 31, 2010.

Eight of the checks were not posted in the district’s accounting system. Of the other 10, the vendor name had been removed from nine, and for the other one, the vendor name was changed to another payee, the report states. On the 18 checks to credit card companies, 15 times she overpaid and received refunds from the companies, the report says. The refunds amounted to $25,925.

The report says 29 checks were redeemed for cash, totaling $23,911. Of them, 26 were posted in the accounting system as petty cash or postage, even though the district normally did not pay for postage with cash. The report says she cashed a check for $7,560 that was supposed to be distributed to participants in a worksite wellness program.

The investigation states Mathahs had an additional $7,519 in improper spending regarding the purchase of printer cartridges for the district. It says she paid anywhere from $393 to $567 for cartridges from vendors in California that locally could be purchased for $100 to $150 each.

The report alleges improper spending by Mathahs for failing to decline in an Iowa Association of School Boards program to issue bonds when schools face deficits. As a result, the district had to pay back $8,171 in issuance fees and interest on bonds it didn’t need.

The report also found that Mathahs used school funds to go to a conference in Florida. The report says she used the district’s credit card to pay the conference fee and pay the lodging for herself and for her mother. She incurred $1,044 more than had been authorized by the school board — which had been $298, equal to half of the registration fee — so the district withheld her final paycheck of $824.

She had presented on how small districts can minimize the risk of fraud. The title was “Segregation of Duties? Yeah, Right.” Here is a description of her seminar as taken from the conference program:

“Gain a better understanding of segregation of duties as defined by auditing standards and learn what school districts need to do externally and internally to comply, even when the district is small and segregation is nearly impossible. Learn how small districts can implement strategic functions of internal control to minimize risk and possible weaknesses that may lead to fraud.”

The investigation also states Mathahs spent $334 inappropriately on two nights of lodging at the Adventureland Inn in Altoona, Iowa, in August 2010 during two vacation days she had taken.

Copies of the auditor’s report have been filed with the Iowa Division of Criminal Investigation, the Winnebago County Attorney’s Office and the Iowa Attorney General’s Office.

Vaudt suggested the Lake Mills school board implement procedures that provide wider segregation of duties, a better documentation of transactions, a better approval of purchases and some form of independent review. He also suggested a policy that employees using the district credit card must provide supporting documentation of purchases or be personally liable to pay the charged costs.