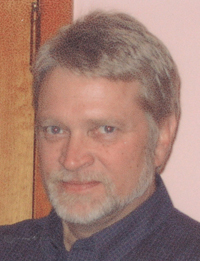 The funeral service for Bruce J. Broden, of Hayward, formerly of Albert Lea, will be held at 10:30 a.m. Thursday at Bonnerup Funeral Service. The Rev. Joel Vano will officiate. Visitation will be one hour before the service at the funeral home.

He was born on March 10, 1955, in Minneapolis, the son of James and Ruth (Chilquist) Broden. He graduated from Burnsville High School and then attended Thermo King Refrigeration School in Bloomington. In 1974, Bruce married his high school sweetheart, Bonnie Snell, in Burnsville. They lived in Savage, then moved to Amarillo, Texas, where he worked for Thermo King. He transferred to Thermo King in Albert Lea, where he and Bonnie made their home and raised their family, until moving to Hayward 11 years ago. After a time at Thermo King, Bruce opened his own business Midwest Refrigeration, followed by 25 years at Interstate Power/Alliant Energy. He was most recently employed at ITC in Albert Lea as a general foreman.

Recently, Bruce and Bonnie had the opportunity to take a tour/cruise to Alaska, truly a vacation of a lifetime. Bruce was a great outdoorsman, enjoying fishing, boating, hunting and camping. He had played on the Eagles and Interstate/Alliant Energy softball teams for many years. Also a craftsman, Bruce had built the house where he and Bonnie currently live. Helping his children Chris and Tina with projects, and spending time with his grandchildren were times Bruce treasured most.

He will be greatly missed by his wife, Bonnie; son, Chris Broden, and his wife, Nicole, and their children: Zach and Emily, of Faribault; daughter, Tina, and her husband, Tom Hoy, and their children: Alex and Abigail also of Faribault; his father, James Broden, of Savage; brothers: Steve (Melodie) Broden of Champlin and Bob (Sharon) Broden of Burnsville; mother-in-law, Lorraine Snell, of Prior Lake; sisters-in-law: Margaret (Dick) Engelson of Prior Lake, Judy (Merlin) Rockow of Prior Lake, Linda Haugen of Newnan, Ga., Lori (Tim) Albright of Prior Lake and Pattie (Dave) Myers of Shakopee; and many special nieces and nephews.

He was preceded in death by his mother, Ruth Broden; brothers: David and Michael; father-in-law, Lorenz Snell; and nephew, Matthew Haugen.