Family child care providers are breathing a sigh of relief today after the judge overseeing appeals from the Minnesota government shutdown has restored funding for a child-care program that serves thousands of low-income families across the state. 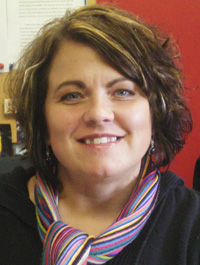 The Children’s Center Director Kim Nelson was thrilled to hear the news. She said about 30 percent of her facility’s children were on that program.

Nelson said the last two weeks at her facility have been stressful for staff and the families affected.

Before the funding was approved, she and her staff had to give the affected parents their bills and let them decide how they wanted to handle it.

She said the center had 15 children who had to be terminated because their parents were unable to pay for the entire service without the assistance.

She argued that the issue was bigger than simply not providing child care assistance. It was also a workplace issue, an economic development issue and even an education issue.

If child care assistance was cut off, parents couldn’t work, and the students likewise wouldn’t be properly prepared to enter kindergarten.

He said he has seen firsthand the effects the shutdown has had because the people who have been affected by this have come into his office seeking help.

Nelson said prior to Wednesday’s decision, she also had given a layoff notice to two seasonal employees and all of her 37 other staff members were taking three-hour cuts.

She noted while she is happy to hear the news, it is still unclear about when payments will come.

Buckets on Broadway is back