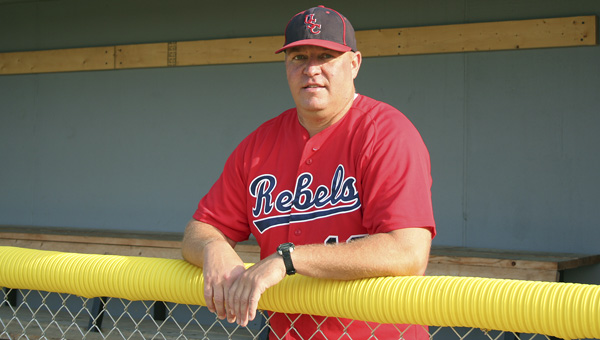 WELLS — When United South Central head baseball coach, Pat Frank, first saw his 2011 baseball squad back in March, he didn’t know what he had to work with.

On that day, Frank decided that he was going to help these kids learn the fundamentals of the game and turn them into good baseball players. USC had lost six starters from their 2010 squad, and Frank admits he thought it would be more of a rebuilding year.

With 12 wins and a Gopher Conference Southern Division title, the veteran coach is pleased with how the season went. Not only was he able to help form a group of kids into a ball club but he also picked up the Tribune’s baseball Coach of the Year award.

“This was my most rewarding year because I took a bunch of raw kids and made them ball players,” Frank said. “Accomplishments are good, but the product that you show at the end of the year and in the summer are the biggest rewards.”

Frank believes it is how he teaches the kids and shares his passion for the game that makes his team’s successful.

“I think I teach the kids how to be competitive. My rule is winning isn’t everything, but the will to is,” Frank said. “I don’t want a kid to leave the park without a dirty uniform because that tells me you gave it what you had.”

Heading this year’s team were three of the core players for the Rebels. The entire middle line of the Rebels’ defense included pitcher Anthony Stenzel, shortstop Eric Lackey and center fielder Dustin Dylla.

Lackey and Dylla batted for averages of .335 and .362, respectively throughout the year.

“Stenzel had a great year on the mound, Lackey had leadership and Dustin Dylla is just a hard-nosed baseball player,” Frank said. “They kind of took those kids under their wing and showed them the way — this was their time to step up.”

Frank said when you can place those three guys up the middle it is a very big help in high school baseball.

The Rebels began the season with a walk-off win against Martin County West before suffering three straight losses.

“I thought this year was a struggle at first but then again they were meshing together as a team,” Frank said. “I think the turning point was when we started rattling off those wins in the conference.”

Frank said during the conference win streak the kids began believing in the team and learned that if they play fundamentally sound baseball, anything can happen.

One of the biggest things that Frank enjoyed about the season was the kids’ passion for the game. He said every day the players came to the park and worked hard.

The Rebels coach also helps with the American Legion baseball programs and the VFW.

“I’m a firm believer in that you don’t have to be the best athlete to be a great baseball player,” Frank said.