David Frederick Strehlow died Thursday, July 21, 2011, at his home in Walters. A memorial service will be held at 11 a.m. Thursday at Bruss-Heitner Funeral Home in Wells. Visitation will be one hour prior to the service. The Rev. Cherie Daniel will officiate and burial will take place in the Rice Lake Cemetery, Foster Township, Faribault County. Bruss-Heitner Funeral Home in Wells is assisting the family with arrangements. 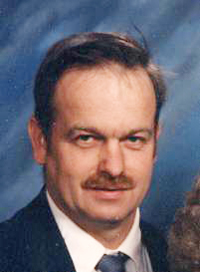 David F. Strehlow was born Dec. 2, 1945, the son of Wesley and Lucille (Christenson) Strehlow in Albert Lea. In 1971, he was united in marriage to Elizabeth Ann Buren. To this union one son, Paul Wesley Strehlow, was born. The couple later divorced.

David enjoyed attending auctions, along with farm toy shows. He loved to farm and enjoyed anything related to or associated with agriculture.

David was preceded in death by his parents.