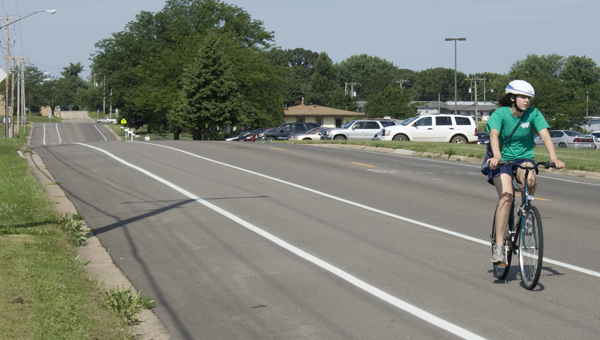 Just a few months after the city’s first bike lanes were installed on a 1 1/2-mile stretch on Front Street, officials are calling the project a success. However, they also recognize the need for continued education for both motorists and cyclists. 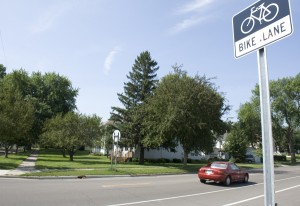 “In general I think it’s been a good project, if nothing else making people aware of different things — seeing it and how it works,” said City Engineer Steven Jahnke.

Officials say the bike lanes are slowing down motorists on the street, reducing semi traffic and increasing safety for bicyclists and pedestrians.

When the lanes were first installed, there was some confusion for both bicyclists and motorists for the first few weeks, but officials say that confusion has mostly subsided.

People are adhering to changes in parking on the street as well, and there have been little to no complaints, Jahnke said.

“I’ve heard many people say, ‘That bike lane really changes the whole feeling of Front Street,’” added 3rd Ward Councilor Ellen Kehr. “It feels more like a neighborhood and it just makes it feel like a place where people want to live and work.” 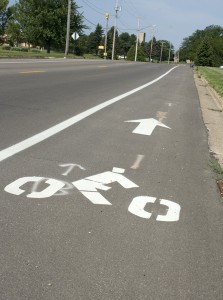 The Front Street bike lanes are labeled with this graphic of a person on a bicycle, along with an arrow indicating which direction to travel. -- Sarah Stultz/Albert Lea Tribune

Living south of Front Street, Kehr said she has noticed more people riding their bikes in that area than before the lanes were installed.

“When the bikers get down on the bike lane, it makes it so much better for the pedestrians,” she said, noting that she thinks the project will bring out not only more bicyclists but more pedestrians, too.

Jahnke said one downside is that while there may be an increase in bicyclists on the street, there aren’t enough to prompt motorists to keep a sharp eye for them.

“The people still aren’t expecting to see a bike there, which is not good,” he said. “If they were aware they were there, it’d make it more safe.”

While city officials did not conduct a speed test prior to the installation of the lanes, Kehr said she recently attended a conference that stated bike lanes reduce speeds by an average of about 2 mph. People who before would have speeded on the road are now not able to do so as easily and often end up choosing another route.

The same is true for semis.

Kehr and Jahnke said more semis are traveling up to Main Street instead of maneuvering through Front Street. Now, the only semis on the street are those that have business to do at a destination off of Front Street.

Kehr said she has received no complaints from people who live on Front Street. She noted parking appears to be approximately the same as it was before — with cars parking on the other side of the road when parking is limited. 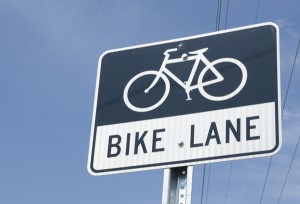 The Front Street bike lanes are identified by these signs along the path. -- Sarah Stultz/Albert Lea Tribune

She said officials don’t know how the project has been near Sibley Elementary and Southwest Middle School yet because school hasn’t been in session.

“But I think the school district will be totally pleased with how the traffic slows down,” Kehr added.

Lynn Scheevel, cyclist and member of Pioneering Healthier Communities, said she thinks the children who ride their bike to school will have a much safer route.

Kids under age 10 are still encouraged to ride their bikes on the sidewalk, but children over this age can ride in the lanes.

Scheevel said while there has been a learning curve for both motorists and cyclists alike, people are improving.

“There’s more education on both ends that still needs to occur, but I think the more people get accustomed to it, the better it will be,” she said.

Bicycle advocates also plan to host another bike rodeo in the spring to teach bike safety to children and their parents and distribute helmets. A bike rodeo in May taught bike safety, skills and courtesy.

“I really believe they will be happy with the bike lanes — for the transportation, for the economic value they add,” said Kehr.

Clarifications about the bike lanes

• Motorists should slowly merge into the bike lane when making a right turn after checking mirrors and blind spots.

• Bicyclists should ride on the road with the flow of traffic (following the arrows on the pavement and not oppose traffic).

• Going eastbound on Front Street through the Broadway Avenue intersection, the bike lane moves in between two lanes of traffic. There are still two lanes for motorists — one to go straight or turn left and the other for turning right.

• The Front Street bike lanes cost $21,000 to install. The city has received $10,000 from the Statewide Health Improvement Program, $20,000 from Pioneering Healthier Communities and $15,000 from Mayo Clinic Health System in Albert Lea for the project. These donations covered all of the initial costs and should cover two or three years of paint re-striping.

What do you think about the new Front Street bike lanes? 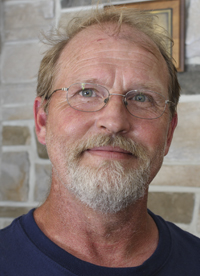 John Anderson, installer at Christianson Plumbing & Heating, which is one of many businesses located on Front Street that have been affected by the bike lanes: “The only problem I see is when the truckers come down this road fast and they can’t see. I also don’t know if it was worth the money because there are so few bikes that use it.” 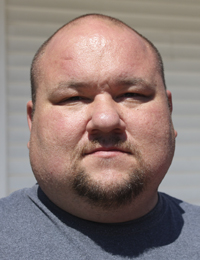 Motorist Jay Becker: “I think it’s a good thing. My dad’s in a Hoveround so he can feel safer now.” 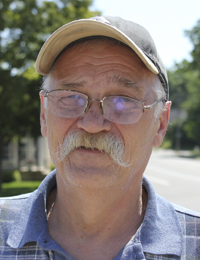 Motorist Wayne Fenney: “I think it sucks. There isn’t enough room for cars, and it’s confusing.” 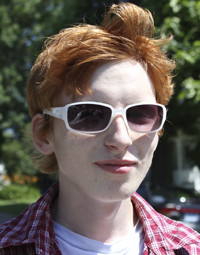 Biker Jonathan Knudtson: “I think the new bike lanes are perfect. I live out in the country, and I bike to town mostly every day. They give me some exercise.” 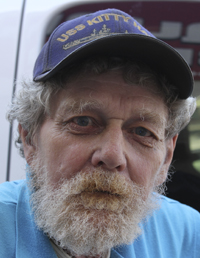 Motorist Dennis Nechanicky: “It sucks, as far as I’m concerned the city is just wasting their money.”