As a result of the death of a toy Australian shepherd, its owners on Thursday filed a civil lawsuit against the owner of a Bancroft Township kennel in Freeborn County Conciliation Court.

Plaintiffs Kathy Hatteberg and Jim Hockinson of Albert Lea allege in court documents that while their dog, Jack, was in the custody of Dick Poole, the owner of Bancroft Boarding Kennels, the pet escaped and was killed by an automobile.

“Jack was a member of our family. We are heartbroken,” Hatteberg and Hockinson wrote in the court filing. 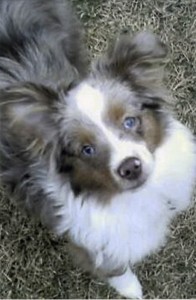 They are suing him for $7,435 along with the lawsuit filing fees and costs of $65, for a total of $7,500. The owners of the dog are proceeding with the case after consulting legal counsel.

The lawsuit also includes a past visit to the Clarks Grove-Waseca Veterinary Clinic and the fuel costs during a search for the lost dog.

Conciliation court, or small claims court, allows people to file claims $7,500 or less. In this case, the plaintiffs are seeking the maximum monetary value allowed.

Hatteberg and Hockinson say Poole was negligent because, they state in the court filing, he failed to contact the owners about the dog getting loose and, once a search began, he didn’t participate.

Hatteberg and Hockinson said they found out about Bancroft Boarding Kennels from a printed advertisement. They made arrangements on June 22 with Poole to have the dog dropped off on Friday, June 24, and pick Jack up the following Sunday, on June 26.

The charge was to be $15 a day along with the cost of food.

On June 24, Hatteberg and Hockinson, 918 Valley Ave., told the Tribune they dropped off their 9-month-old dog at Bancroft Boarding Kennels and departed on a trip out of town.

Hatteberg said when they called the kennel’s owner around 12:30 p.m. June 26 he proceeded to tell them that there was a problem and their dog was missing.

They immediately began to post fliers offering a reward for the missing toy Australian shepherd in the surrounding areas. Among other things, the fliers said, “He is wearing a black collar and green license tag. He is very shy and barks around strangers,”

Neighbors of the couple helped by placing food and water outside of their houses in hopes that Jack might return hungry and thirsty.

Jack’s owners say they searched for the dog until after dark on Sunday night and then began early in the morning on Monday. After a half hour of searching on Monday morning, they found the dog on the side of the road, still warm.

The couple found their dog lying along the side of the road on Highway 46 near the 240th Street intersection. Jack had been hit by a passing vehicle.

It was the first time the owners let the dog out of the house to be watched.

“We accept that it was an accident,” Hatteberg said. “What we’re struggling with is that he didn’t do anything about it.”

The engaged couple were planning on going on a longer vacation next month and wanted to see how Jack would handle being gone for the weekend. They dropped him off with his dog food, dog bed and chew toys. Taped to the bag of dog food was an emergency contact number in case Poole had any problems.

Hatteberg said Poole has since avoided contact with the couple, including failing to return telephone messages and answering his door.

Hatteberg and Hockinson have contacted the Gilmans and have been put on a waiting list for the next litter of shepherds.