The funeral service for Donald E. Jensen of Rochester, formerly of Albert Lea, will be held at 10:30 a.m. Thursday at Trinity Lutheran Church in Albert Lea. The Rev. Curtis Zieske will officiate. Interment will be in Oakwood Cemetery, Austin. Visitation will be one hour before the service at the church. Bonnerup Funeral Service is assisting the family with arrangements. 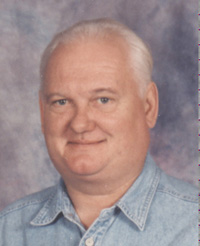 He graduated from Albert Lea High School in 1973 and then graduated from the auto body program at Austin Vo-Tech. Donald married Kathryn McCall on March 7, 1973. They were later divorced.

He had worked at Dave Syverson Ford as body shop manager for more than 20 years and then at Crossroads Trailer. He moved to Rochester a year ago. Donald enjoyed fishing, camping and riding his Harley. He was a handyman, with the ability to fix anything. His favorite times were those spent at the cabin, earlier years in Bemidji and later in Wabasha. His dogs were special companions for him.

He was preceded in death by his parents, Norman and Lois Jensen; his grandparents, Edwin and Frieda Fuller and Levi and Rose Jensen.