The Albert Lea school board vice chairwoman resigned earlier this month citing personal reasons for leaving the board.

“I love being on the board,” Sally Ehrhardt said. “It’s just time for me to go.” 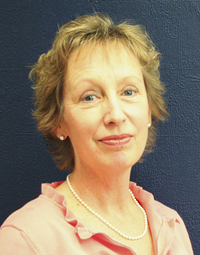 Ehrhardt, who started on the board in January 2007, said when she first started that the public’s perception of the board wasn’t always positive. She’s proud of starting the No. 2 Pencil guest column and School Matters submissions that aimed to get the word out about good things happening in the schools.

“I hope I did some good for the district,” Ehrhardt said.

Ehrhardt said she enjoyed the camaraderie on the board and said even if members came from different political ideologies they were there because they want what’s best for the kids.

Superintendent Mike Funk said he learned of Ehrhardt’s decision to leave after she gave a letter of resignation the board Chairman Bill Leland. The board will discuss the process for replacing Ehrhardt during its board meeting tonight.

The board meets at 5 p.m. at the Brookside Education Center.

Ehrhardt is a real estate agent with Kenneth Leland Realty in Albert Lea.