Dan and Cindy Bodensteiner, of Albert Lea, and Howard and Connie Honsey, of Emmons, announce the engagement of their children, Emily Bodensteiner and Brian Honsey. 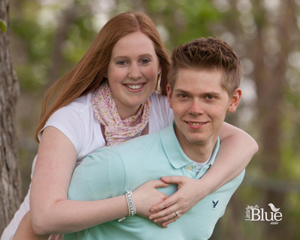 Grandparents of the Bodensteiner are Irv and Mary Zenk, of Albert Lea, and Melita Bodensteiner, of St. Lucas, Iowa.

Grandparents of the Honsey are Berdine Honsey, of Emmons, Olive and Vernon Schroeder, of Hayward, and David and Joyce Swanson, of Glenville.

Bodensteiner is a 2007 graduate of Albert Lea High School and a 2010 graduate of St. Catherine University with a Bachelor of Arts Degree in elementary education. She is currently employed at Alliance Benefit Group.

Honsey is a 2006 graduate of Glenville-Emmons High School and a 2009 graduate of Riverland Community College with a degree in industrial maintenance. He is currently employed at Mrs. Gerry’s Kitchen.

A wedding is planned for Oct. 8, 2011, at St. Theodore’s Catholic Church of Albert Lea.