David and Shayla Durick of Fargo, N.D., announce the engagement of their daughter, Amanda Durick, to Ben Woodside, son of Paul and Roberta Woodside, of Albert Lea.

Amanda is the granddaughter of Glenn and Barbara Spooner and Jerry Durick and the late William Durick, all of North Dakota. 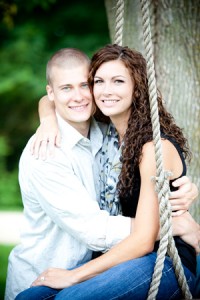 Ben is the grandson of Jack and Orlene Woodside, of Albert Lea, and the late John and Carol Vander Waal.

Amanda is a 2006 graduate of Fargo North High School and a 2010 graduate of North Dakota State University with a bachelor’s degree in industrial engineering.

Ben is a 2004 graduate of Albert Lea High School and a 2009 graduate of North Dakota State University with a degree in business management. He is currently playing professional basketball in Europe.