There are a couple of things I do once a year — golf and play softball. 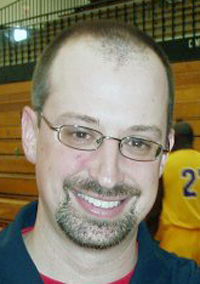 Over the weekend, the softball portion was accomplished as my family participated in the annual Lions Club softball tournament in Victoria. When I say “family” I mean everyone on the team is related and this is the 15th year in a row we have competed in the event.

Now if you play in a league all summer, you get a chance to get familiar with the guys around you — not with the Schmieg Family Team. Once a year we play together. That’s it. My mom comes from a family of 14 kids. The roster consists of my dad, my three brothers, three cousins, one uncle in-law and four uncles.

For some, like me, this is the only time we will be on any diamond all summer. So we have fun but we struggle at times and don’t expect to win much, just enjoy the weekend. This year was the same as previous years — we won one, lost two and were eliminated relatively early. Now with that being said, we used to win a lot of games at the tourney when our oldest player was 39 and not 54, and when most of us were in our 20s not mid to upper 30s.

Some of the highlights from this year for me: I went 4-for-8 on the weekend, which for me is really, really good. I skinned up my knees and covered myself in mud sliding headfirst into third base in shorts. A play that the umpire referred to as “the worst slide he had ever seen.” I think it would have been more graceful if we were playing on a dry field and not in a mud pit thanks to all the rain over the weekend. As I started to slide instead of moving forward, I came to a screeching halt (thanks to the mud) and ended up crawling the last foot to get to the bag. I was called out, which added more pain to the slide.

In the final game with our team trailing 23-4 or so, we rallied in the fifth trying to prevent the 10-run rule. With two outs and still down by plenty, I started saying to each teammate as they went up to bat “You don’t want to make the last out.” So after saying that to about seven straight hitters, your’s truly stepped up with the team still down by 11 with runners on second and third with a base hit probably allowing the game to continue to the bottom of the fifth. And of course I made the last out with a little dribbler back to the pitcher.

As the weekend wrapped up and my three-year-old son, Isaak, and I got set to go home, I thought maybe this once a year tradition may be coming to an end. Fifteen years is a long time, and none of us are getting younger. Before we left, Isaak looked up to me and said “Thanks Dad.” I asked “What for?” He said “For playing baseball, thank you.” I will see you in Victoria next summer for year 16.

KATE Sports Director Aaron Worm’s column usually appears each Monday in the Tribune. He can be heard from 6 to 11 a.m. weekdays on the Breeze.