A 28-year-old Geneva man charged with physically abusing his 3-month-old child, leading to severe brain injuries, on Monday pleaded not guilty to his charges in Freeborn County District Court.

Cory Craig Bailey faces six charges including one count of first-degree assault, one count of child endangerment, three counts of malicious punishment of a child and one count of child neglect. He pleaded not guilty to each count during the court proceeding Monday and requested a jury trial. 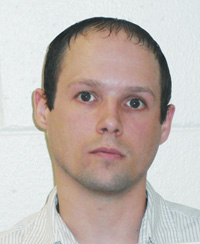 His lawyer, Kevin Wade DeVore, said he is still receiving all the documentation from the case and after he has reviewed it, he may request a contested hearing as well.

According to court documents, Bailey is accused of abusive head trauma to his son that was so serious that the baby’s development and functioning level will likely remain that of an infant for the rest of his life.

Bailey is also accused of depriving the baby, now 9 months old, of necessary health care after the alleged incident.

The incident was reported to authorities by a social worker at St. Marys Hospital in Rochester, after the baby was brought into the emergency room at the request of the baby’s mother on Jan. 11.

Bailey reportedly told police that the baby’s head hit a door frame while he was carrying the child and walking through a door, but medical professionals have stated the injuries were too serious to have been caused in this manner. Court documents state the baby’s injuries are consistent with “non-accidental trauma.”