MYRTLE — One teenager died and another was injured Sunday afternoon after a dune buggy rolled over south of Myrtle.

According to a Freeborn County Sheriff’s Office news release, Kayla Koch, 17, of rural Glenville, died at the scene of the crash. Koch, a Glenville-Emmons High School student, was a passenger in a Volkswagen dune buggy that rolled. 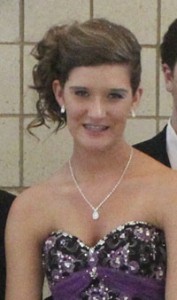 The driver, Julie Bennett, 15, of Littleton, Colo., was transported by ambulance to Mayo Clinic Health System in Albert Lea, where she was treated for a broken collarbone and released.

The cause of the rollover was unknown as of Monday, and Sheriff’s Office deputies are continuing to investigate.

The crash reportedly took place just after 4 p.m. near the intersection of Freeborn County Road 1 and 860th Avenue, about a mile away from Koch’s home. The dune buggy was reportedly traveling eastbound on County Road 1.

Sheriff’s Office deputies and London firefighters responded to the scene, along with the Glenville Fire Department, ambulance crews from Albert Lea and the Minnesota State Patrol.

No other details were available as of press time.

Look to the Tribune online and in print for more information on this story as it becomes available.