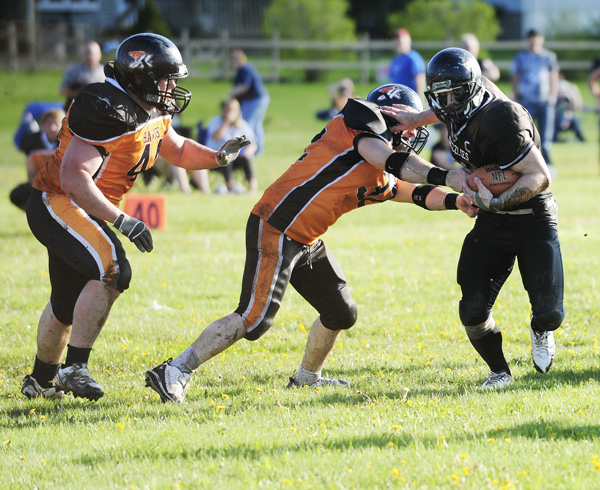 The Albert Lea Grizzlies football team is a win away from a spot in the Southern Plains Football League title game.

The winner of Saturday’s game earns a berth into the league’s championship game against the winner of the South No. 1 Central Hawgs (7-1) and the No. 4 North Iowa Bucks (2-6).

Saturday’s game should be a defensive battle as the Wildcats held the Grizzlies to two of its three lowest point totals this season.

The last two Grizzlies-Wildcats games have come down to the final play. In the season-opener, the Wildcats attempted to win the game late with a quarterback sneak from the two-yard-line, but the Grizzlies’ Mikey Salinas stripped the ball and Albert Lea recovered it to secure the win. In the two team’s second matchup, the Wildcats overcame a 22-point deficit to pull within a touchdown in the fourth quarter but didn’t convert a late onside kick.