Ryan Heath has had long hair since his 20s. On Friday, he decided to cut it all off in favor of a buzzcut.

Heath donated 12 inches of his hair to Locks of Love. 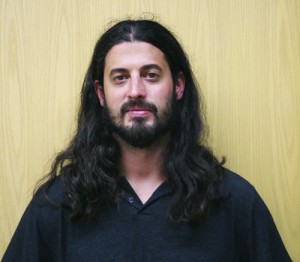 “I’ve always had long hair and it was starting to get really long,” Heath said. “I decided to donate to Locks of Love because it’s a good cause.”

Heath has donated his hair before, four years ago. He plans to continue growing out his hair and donating it to Locks of Love.

On Friday night, Heath, along with family, friends and supporters, set up on the patio outside of Wedgewood Cove Golf Club, where he works as the bar manager.

“We thought we would have to cut inside because the weather was terrible all day,” Heath said. “Luckily, it seemed to clear up at the last minute.”

The opportunity to cut the two ponytails atop Heath’s head was auctioned off.

“A lot of people got to help cut my hair,” Heath said. “After the ponytails were cut off, there was still so much hair left. People donated $10, even up to $100 to help with the buzzing.” 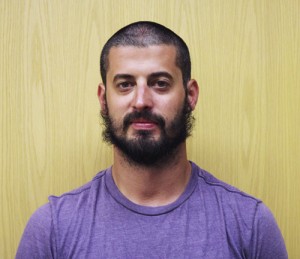 Heath raised $1,343 from the auction and donations. Wedgewood Cove matched the contributions, bringing the total to $2,686.

“The whole experience was really good. We had a good group and it was a lot of fun,” Heath said.

The familiar face at Wedgewood Cove didn’t quite lose all of the hair on his head. He still has a beard.

Be sure to catch Ryan Heath and 29 other friendly faces in the 30 Under 40 special section.
Many thanks go to Tribune intern Garrett Wampler for the compilation of the section’s text and photos.