Funeral services for Joseph Dennis Carlin, 87, of Albert Lea, will be held at 10:30 a.m. Monday at St. Theodore’s Catholic Church with military honors accorded by Freeborn County area veteran’s organizations. The Rev. Tim Reker will officiate. Interment will be at Fort Snelling National Cemetery at 11:30 a.m. Tuesday. Visitation will be from 3 to 5 p.m. Sunday at Bayview/Freeborn Funeral Home and one hour prior to the service at the church. To sign the guest book, go to www.bayviewfuneral.com. 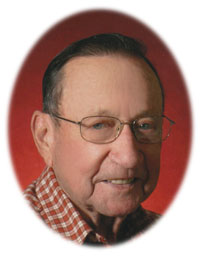 Joseph Carlin was born on Feb. 14, 1924, to Thomas and Mary (Maloney) Carlin in Preston. He grew up in the Preston area and graduated from Preston High School. After school, Joseph served his country in the United States Navy during World War II. On Oct. 8, 1950, Joseph was united in marriage to Marie Ellen Kohlmeyer in Chatfield. Joseph worked for the Minnesota DOT as head slab inspector for 40 1/2 years. He was an active member of St. Theodore’s Catholic Church, the VFW, American Legion, Moose and Eagles Clubs. Joseph served in the Freeborn County Honor Guard for many years and was proud to have gone on the Honor Flight to Washington, D.C., in October 2010. He enjoyed pool, golfing at Green Lea, bowling and deer hunting. Joseph was also a member of the Freeborn County Fastpitch Softball Hall of Fame. Joseph especially loved watching his grandchildren playing sports. He will be dearly missed by all who knew and loved him.