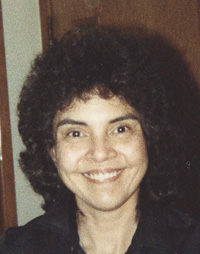 Larosa was born March 17, 1948, in Austin, to Stanley and Twylla (Logan) Sabado. She grew up in Albert Lea, and graduated from Albert Lea High School in 1966. Larosa lived in Glenville and Albert Lea where she enjoyed riding horses and farm life. Larosa received her associate degree from Austin Community College in human service. She was a former Sunday School teacher at First Lutheran Church, Glenville. She was presently a member of Grace Lutheran Church. Larosa enjoyed speaking at the Genetic Conference at Mayo on Huntington’s disease for several years. Larosa also enjoyed fishing, animals and her dog Bandit and cat Troubles. The last eight years she has resided at Sonshine and Hope. A Group Home that specializes in Huntington clients.

Larosa is preceded in death by her parents: Stanley and Twylla Sabado; brothers: Clifford and Clement Emery; and niece, Penny.